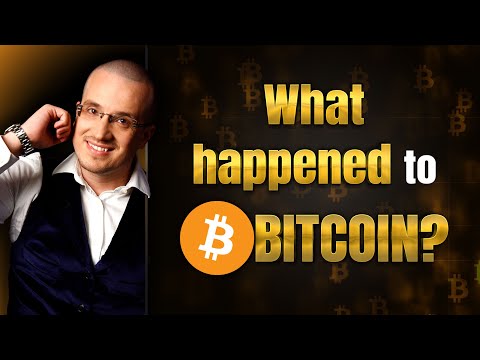 Hello!
I am the creator of WaterCurrency and I've been inspired to create something new in the Cryptocurrency world :D
I am developing a Cryptocurrency backed by Water!
This post is a small poll to actually know what you guys think, since you'd be the major users of this project :)
(To be honest it's entirely dedicated to you guys!)
WaterCurrency is a coin pegged to the price of 1 Liter of Water and will be adjusted with Ask-Bid spread once it takes off :)

I wanted to create a Currency which can be considered stable enough to withstand many events:
Gold is the commodity #1 in our world, followed by Silver.
When bad things happen both of these metals gain value because people don't trust standard FIAT money anymore.
Nowadays a new opponent has arisen: Bitcoin.
What is Bitcoin?
Bitcoin is a cryptocurrency not owned by anyone: a Peer-to-Peer money exchange network without a middleman.
Bitcoin is a service commodity whose intrinsic value depends on its ability to create value by performing some complex hashing procedures; many people however believe that Bitcoin doesn't really have any intrinsic value since it's not backed by Gold or Silver and it's made out of "Thin Air".
Certainly during a crisis period Bitcoin will have a rough time to compete against an actual asset like Gold since no one would actually mine Bitcoin's anymore and accept them as payment.
The scenario I imagine is pretty much apocalyptic: famine, diseases and Gov instability.

Water is the basis of all life, its intrinsic value persists even during the previously mentioned apocalyptic scenario because any living being on this planet will need water to survive.
Water has a stable price in developed countries and can actually be stored for a very long time since Water doesn't go bad (Source: https://www.healthline.com/nutrition/does-water-expire)
Water can be stored in Glass containers and last a lot, according to Truls Krogh, director of the Department of Water Hygiene at the Norwegian Institute of Public Health even more than your entire lifetime (Source: https://sciencenorway.no/forskningno-norway-watecan-water-spoil/1442835)
A Currency backed by Water means that you can "virtualise" many liters of Water and exchange them for Goods or services or even other Cryptocurrencies if you wish but knowing that the price of water is stable and you can redeem water during Crisis.


Details of the Project:

WaterCurrency starts with 100 000 Coins availability, each one of them is the equivalent of 1 Liter of Water
WaterCurrency has a 3 Decimal precision so you can buy
The initial supply of 100 000 Coins is calculated with the average household water consumption of 273 Liters per day for a single person.

You can buy anything you want! WaterCurrency should soon be able to purchase physical and digitals goods by one of our partners.
You can even exchange it for other Currencies such as Bitcoin, Eth, Monero or others!

Having a currency backed by Water is a guarantee. Water won't go away or go bad if stored properly and can last many years to come, can help you and your family during a financial crisis and can actually help the planet.
The more Water you earn the more you can help one of our partner to plant Trees and actually make this World a bit better :)
And also... It's a Water Currency! How cool is that?! :)

Would you use it? Do you like the idea?

Critical risk nobody is considering when staking Ampleforth..

Read the TLDR if you dont want to read all this.
With bitcoin their is an incentive to stay in the network ("staking" your fiat in bitcoin) because the farther the price of bitcoin goes down, the greater an incentive it would be to buy the coin because the price is lower. Because of the increasingly greater incentives to buy bitcoin at an increasingly lower price, there would be no drying up of incentives for buying bitcoin, so bitcoin will never go too extremely far down. However, with this coin things are different. When things start to dry up or the price goes down, when people decide to pull out, not only will the market cap go down but there is an opposite incentive compared to a decrease in price for bitcoin. If you are still staking while people stop staking and start selling because the price is going down, you will be disproportionately and exponentially effected. For example lets say that the rewards are 20% ampleforth and then the next day rewards are -20% ampleforth. If 20% of users stop staking because -20% is too much of a loss then rewards become -25% ampleforth instead for the remaining users. Maybe -25% ampleforth is too much for some users so another 20% stop staking and the rewards are now -31.5% ampleforth. Notice that the negative rewards become exponentially severe as people leave. This effect will start to become severe and people will be forced to leave staking (and perhaps also have an incentive to sell if they think the price is high at like $3 going to $1 or 1$ going to 50 cents) unless they want to lose everything. At some point, the daily % loss is so much that you will need to leave the network or else become completely liquidated and lose everything. Either that or people will realize network participation is so volatile that they simply will not want to stake, and staking is the difference between stable coins and this coin. If people dont want to stake because of exponential volatility, then the market cap goes darastically down. I personally dont know what happens if the market cap goes exponentially down, but I personally dont think people will want to stake in a network that feels like gambling where one day you could earn exponential amount, and other days you can lose an exponential amount. And if people dont stake, then things become even more volatile, and the more volatile things become there would be an even greater incentive to not participate in the network. Its a feedback loop. Right now, everyone is participating in the network, so its hard to imagine people needing to decide whether or not to stake ampleforth, but at some point people will begin to make this decision. I know there is incentives to particpating for longer periods in the network, but I also dont think those incentives are enough given the overwhelming exponential gains and losses that could be incurred from people joining and leaving the network.
If the price goes lower than the rebase, and less people are staked because of decrease in price, you will be catching a falling knife because of the low liquidity, which cause you to take extreme losses which are disproportional to the decrease in market cap. This wouldnt be an issue if the liquidity was the same as demand started to rise, because when market cap goes back to its original level and liquidity is the same, you would make up for the temporary losses. However, when the price goes up, I am going to guess many more people will be staked so you will be more likely to make much less than the amount that you lost. This is different than bitcoin where you will always make as much as you lost if the price goes back to its original level.
There are positive incentives to stay ("stake") in a network for coins with fluctuating prices, but those incentives dont exist for this coin and are actually the opposite in this case.
Im curious what everyone thinks about this theory. Let me know your thoughts.
TLDR: The fact that market liquidity can change means lower liquidity when prices go down and higher liquidity when prices go up. Because of lower liquidity when prices go down and higher liquidity when prices go up, if you have 100 Ampleforth when the market cap is 2 trillion, and prices go to 500 billion, you might have actually less ampleforth than you originally had when market cap goes to 2 trillion again because of the low liquidity when prices go down and high liquidity when prices go up, as long as you stay staked when it goes to 500 billion and back. I think this is likely to happen because I think liquidity will always be lower when prices go down than when they go up. The fact that you can lose ampleforth just because prices go down and back means that people will not want to hold when prices go down / go under $1. And this will cause massive reinforcing instability.

submitted by -4US to AmpleforthCrypto [link] [comments]

Cryptocurrencies: the Past Reinvented

Gold and Silver: Where Do They Go From Here?

The speech of Jerome Powell might influence the future of financial markets – will it help Bitcoin?

This will also go for Bitcoin, probably even to a bigger extent..

This is a quote from Egon von Greyerz:
"Forget about what price the metals will reach. Even in today’s money, whatever figure you think of will not be enough. And in hyperinflationary money, the price move will be exponential measured in worthless paper money. So don’t think about the value of gold and silver in dollars or euros. Just remember that gold is the only money that has survived in history. It is therefore the best form of wealth preservation and insurance against a bankrupt financial system…"
You can find a lot of interesting articles he wrote. He is telling about the value of gold and the instable financial situation for more than a decade.
Unfortunately he never talks about Bitcoin and I have never been able to talk about it with him. It's hard to imagine he wouldn't be listening to the Bitcoin proposition if told about it..
I think he's one of the few who is openly talking about the risks of the current financial sysyem without going to the usual conspiracy theories. His company manages the wealth of a lot high wealth individuals.
I think he's definitely correct about the future, but for some reason hasn't got Bitcoin on his radar. Probably because he plays the most safe cards.
But what he tells about gold will also go for Bitcoin, with the big difference that gold is the absolute safe way to play and Bitcoin being the leveraged way. More leverage means more risks compensated by higher possible gains.
HODL... strong..

Dive Into Tendermint Consensus Protocol (I)

Bitcoin Daily View 01-25-2020 Is Coronavirus Causing Instability in the markets?