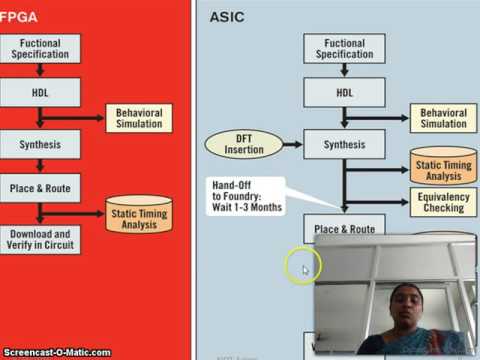 The Cryptonight algorithm is described as ASIC resistant, in particular because of one feature:
EDIT: Each instance of Cryptonight requires 2MB of RAM. Therefore, any Cryptonight multi-processor is required to have 2MB per instance. Since CPUs are incredibly well loaded with RAM (ie: 32MB L3 on Threadripper, 16 L3 on Ryzen, and plenty of L2+L3 on Skylake Servers), it seems unlikely that ASICs would be able to compete well vs CPUs.
In fact, a large number of people seem to be incredibly confident in Cryptonight's ASIC resistance. And indeed, anyone who knows how standard DDR4 works knows that DDR4 is unacceptable for Cryptonight. GDDR5 similarly doesn't look like a very good technology for Cryptonight, focusing on high-bandwidth instead of latency.
Which suggests only an ASIC RAM would be able to handle the 2MB that Cryptonight uses. Solid argument, but it seems to be missing a critical point of analysis from my eyes.
What about "exotic" RAM, like RLDRAM3 ?? Or even QDR-IV?

QDR-IV SRAM is absurdly expensive. However, its a good example of "exotic RAM" that is available on the marketplace. I'm focusing on it however because QDR-IV is really simple to describe.
QDR-IV costs roughly $290 for 16Mbit x 18 bits. It is true Static-RAM. 18-bits are for 8-bits per byte + 1 parity bit, because QDR-IV is usually designed for high-speed routers.
QDR-IV has none of the speed or latency issues with DDR4 RAM. There are no "banks", there are no "refreshes", there are no "obliterate the data as you load into sense amplifiers". There's no "auto-charge" as you load the data from the sense-amps back into the capacitors.
Anything that could have caused latency issues is gone. QDR-IV is about as fast as you can get latency-wise. Every clock cycle, you specify an address, and QDR-IV will generate a response every clock cycle. In fact, QDR means "quad data rate" as the SRAM generates 2-reads and 2-writes per clock cycle. There is a slight amount of latency: 8-clock cycles for reads (7.5nanoseconds), and 5-clock cycles for writes (4.6nanoseconds). For those keeping track at home: AMD Zen's L3 cache has a latency of 40 clocks: aka 10nanoseconds at 4GHz
Basically, QDR-IV BEATS the L3 latency of modern CPUs. And we haven't even begun to talk software or ASIC optimizations yet.

Now, if that weren't bad enough... CPUs have a few problems with the Cryptonight algorithm.

For all yall who are used to DDR4, here's a special trick with QDR-IV or RLDRAM. You can pipeline accesses in QDR-IV or RLDRAM. What does this mean?
First, it should be noted that Cryptonight has the following RAM access pattern:
QDR-IV and RLDRAM3 still have latency involved. Assuming 8-clocks of latency, the naive access pattern would be:
This isn't very efficient: the RAM sits around waiting. Even with "latency reduced" RAM, you can see that the RAM still isn't doing very much. In fact, this is why people thought Cryptonight was safe against ASICs.
But what if we instead ran four instances in parallel? That way, there is always data flowing.
Notice: we're doing 4x the Cryptonight in the same amount of time. Now imagine if the stalls were COMPLETELY gone. DDR4 CANNOT do this. And that's why most people thought ASICs were impossible for Cryptonight.
Unfortunately, RLDRAM3 and QDR-IV can accomplish this kind of pipelining. In fact, that's what they were designed for.

As good as QDR-IV RAM is, its way too expensive. RLDRAM3 is almost as fast, but is way more complicated to use and describe. Due to the lower cost of RLDRAM3 however, I'd assume any ASIC for CryptoNight would use RLDRAM3 instead of the simpler QDR-IV. RLDRAM3 32Mbit x36 bits costs $180 at quantities == 1, and would support up to 64-Parallel Cryptonight instances (In contrast, a $800 AMD 1950x Threadripper supports 16 at the best).
Such a design would basically operate at the maximum speed of RLDRAM3. In the case of x36-bit bus and 2133MT/s, we're talking about 2133 / (Burst Length4 x 4 read/writes x 524288 inner loop) == 254 Full Cryptonight Hashes per Second.
254 Hashes per second sounds low, and it is. But we're talking about literally a two-chip design here. 1-chip for RAM, 1-chip for the ASIC/AES stuff. Such a design would consume no more than 5 Watts.
If you were to replicate the ~5W design 60-times, you'd get 15240 Hash/second at 300 Watts.

Depending on cost calculations, going cheaper and "making more" might be a better idea. RLDRAM2 is widely available at only $32 per chip at 800 MT/s.
Such a design would theoretically support 800 / 4x4x524288 == 95 Cryptonight Hashes per second.
The scary part: The RLDRAM2 chip there only uses 1W of power. Together, you get 5 Watts again as a reasonable power-estimate. x60 would be 5700 Hashes/second at 300 Watts.
Here's Micron's whitepaper on RLDRAM2: https://www.micron.com/~/media/documents/products/technical-note/dram/tn4902.pdf . RLDRAM3 is the same but denser, faster, and more power efficient.

Hybrid Cube Memory is "stacked RAM" designed for low latency. As far as I can tell, Hybrid Cube memory allows an insane amount of parallelism and pipelining. It'd be the future of an ASIC Cryptonight design. The existence of Hybrid Cube Memory is more about "Generation 2" or later. In effect, it demonstrates that future designs can be lower-power and give higher-speed.

The overall board design would be the ASIC, which would be a simple pipelined AES ASIC that talks with RLDRAM3 ($180) or RLDRAM2 ($30).
Its hard for me to estimate an ASIC's cost without the right tools or design. But a multi-project wafer like MOSIS offers "cheap" access to 14nm and 22nm nodes. Rumor is that this is roughly $100k per run for ~40 dies, suitable for research-and-development. Mass production would require further investments, but mass production at the ~65nm node is rumored to be in the single-digit $$millions or maybe even just 6-figures or so.
So realistically speaking: it'd take ~$10 Million investment + a talented engineer (or team of engineers) who are familiar with RLDRAM3, PCIe 3.0, ASIC design, AES, and Cryptonight to build an ASIC.

A look into the future regarding Decentralization,ASIC resistance and Vertcoin and other crypto currency (Long Post)

I believe it's considered a scam when...

If there was a slot machine at a casino that promised "99% payout" and when it was audited it was determined it only paid 98%, and the casino had set it like that on purpose, would you consider that a scam?
If you were led to believe a new business venture you were going into with a partner had a 20% chance of you making 10x your money, and an 80% chance of losing all your money, and your business partner had a 20% chance of losing all their money and an 80% chance of making 2.5x their money, and it turned out your business partner had knowingly reversed the odds, would you consider that a scam?
I believe most people would generally consider all of these scenarios a scam.
If a party offering an opportunity knowingly misrepresents the risk and/or reward, they are scamming you.
So.. is butterfly labs a "scam"? Even if they ship ASICs in the next few days/weeks/months?
I say: Absolutely.
Since last June they have been offering this value proposition to potential customers: give us your money now, and within a relatively short time you will receive a device that will pay for itself in two months and continue generating immense returns.
They been aggressively pushing (banner ads everywhere, the booth at CES) their investment opportunity (nobody buys an FPGA/ASIC for any reason other than to make money), and they market it as relatively low risk with a relatively high reward.
In reality though, it's been a very HIGH risk investment (due to the opportunity cost of tying up your bitcoins for approaching one year), and low reward (due to them not being first to market and the zero-sum game mining is in general).
But perhaps they acted in good faith, and simply bit off more than they could chew.
I would say that's not very likely. Let's compare them to Avalon.
Avalon took a limited number of pre-orders, just enough to get the funding necessary to get the first batch made. He did no real advertising and worked hard to get the machines actually made and started shipping before he accepted preorders for another, slightly larger batch.
BFL on the other hand has poured a ton of the money they got from taking unlimited pre-orders into advertising, so that they could get even MORE pre-orders.. estimates are that they've now literally taken tens of thousands of them... tens of millions of dollars worth!
When they finally do ship, and I believe they will eventually, those who ordered will find themselves with a machine that uses more electricity than promised, mines fewer coins than promised, started mining coins later than promised, and cost orders of magnitude (due to spending bitcoins when they were ~$10 vs ~$100) more than promised.
Scam!

A FPGA opensource miner has just been released running at 80Mhps but at a cost of $585. The efficiency is stated below quoted from a post in the thread.


BUT:
In this thread, someone mentioned he is doing 210Mhash/sec after some optimization but he will cease public posting of his development.


Apologies but no more development information will be posted. I've been offered a 25% share from someone that owns 2 FPGA clusters. If you haven't seen that type of hardware before think a 156 FPGAs per machine.


From those posts what we can understand is that the factors that affect FPGA now are high procurement cost, low running cost and ease of scalability . What this means is that with the increasing total hash rate of the network (30Ghash/day last difficultly adjustment) the question becomes when would the difficulty render GPU inefficient in contrast to running cost?
Remember to take into account FPGAs are usually run in clusters and even though it would not be beneficial to buy one outright, those who have access to FPGA are the first movers and eventual dominant forces of the mining market.
Of course, in the end, ASIC is where it's at. Anyone? =D
Edit: read more stuff, added info.

submitted by Coz131 to Bitcoin [link] [comments]

FPGA resources, therefore, allow the implementation of truly parallel computational pipelines — exactly what is required if you want to have multiple hashing algorithms implemented in parallel. If you have been following cryptocurrencies, you may be of the view that technology has moved on from FPGA- to ASIC-based bitcoin mining. However, the ... ASIC vs FPGA. A Field Programmable Gate Array can be seen as the prototyping stage of Application Specific Integrated Circuits: ASICs are very expensive to manufacture, and once it's made there is no going back (as the most expensive fixed cost is the masks [sort of manufacturing "stencil"] and their development). FPGAs are reprogrammable many times, however because of the fact that a generic ... ASIC stands for Application-Specific Integrated Circuit which is basically a machine specially built for the sole purpose of mining a certain Cryptocoin only. For example – A Bitcoin ASIC machine solves complex algorithms and receives an incentive in the form of a small fraction of bitcoin. Though there are ASIC’s that can mine more than one algorithms but mostly they are specific to one ... But it is impossible to mine bitcoin using CPU because of ASIC. CPU was designed to switch between different task. Hash required proof of work in mathematical calculation and CPU has less arithmetic logical units so, when it comes to performance in the large calculation CPU is relatively slow. CPU has the ability to mine different coins such as Zcash, Nexus, Hold coin, Reicoin. Advantages of ... FPGA vs. GPU vs. ASIC Let’s make an analogy! This analogy is about efficiency when computing cryptographic algorithms. Let’s say that you have a task of mowing the lawn and are looking for the ...

The Outlook on Cryptocurrency Mining - GPU vs ASIC vs FPGA ...